Evaluation based on scientific publishing: Eigenfactor

The Eigenfactor Project is a non-commercial academic research project sponsored by the Bergstrom lab in the Department of Biology at the University of Washington.

EF aims to use recent advances in network analysis and information theory to develop novel methods for evaluating the influence of scholarly periodicals and for mapping the structure of academic research.

Scholarly references join journals together in a vast network of citations. The Eigenfactor algorithm uses the structure of the entire network to evaluate the importance and influence of each journal. A journal is considered to be influential if it is cited often by other influential journals. The algorithm used accounts for the fact that a single citation from a high-quality journal may be more valuable than multiple citations from peripheral publications. By using the whole citation network, the Eigenfactor algorithm automatically accounts for citation differences among different fields and allows better comparison across research areas.

In collaboration with journalprices.com , the Eigenfactor web site provides information about price and value for thousands of scholarly periodicals. While the Eigenfactor Scores and Article Influence Scores do not incorporate price information directly, the cost-eEffectiveness search orders journals by a measure of the value per dollar that they provide. 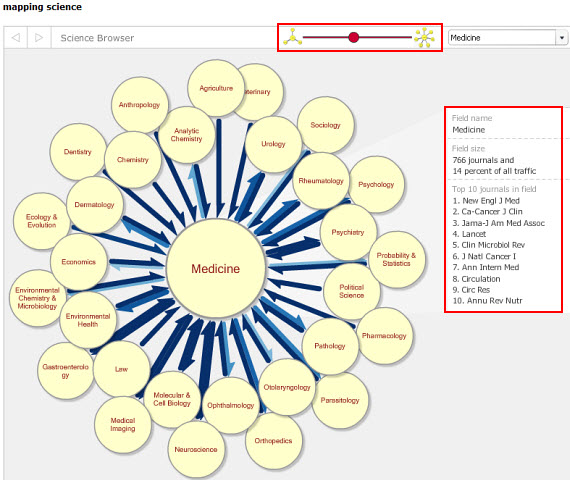